There’s no age to enjoy the Mediterranean, but to do so with Gin Mare you must be at least of legal drinking age in your country.

The French restaurant received the award during a ceremony held in Singapore where Gin Mare participated as official premium gin partner. Images: W50BR “Cuisine crosses all borders (…)” said the Argentina born chef Mauro Colagreco after Mirazur, the restaurant where he assembles modern, delicately flavoured dishes imbued with the essence of the Côte d’Azur, has […]

The French restaurant received the award during a ceremony held in Singapore where Gin Mare participated as official premium gin partner.

“Cuisine crosses all borders (…)” said the Argentina born chef Mauro Colagreco after Mirazur, the restaurant where he assembles modern, delicately flavoured dishes imbued with the essence of the Côte d’Azur, has been awarded the title of World’s Best Restaurant 2019. And so it is, the 18th edition of the World’s 50 Best Restaurants has gathered star chefs from around the world to celebrate the best of the international culinary scene. Such an important date that Gin Mare, committed to support excellence within the gastronomic world could not miss.

As official premium gin partner to the World’s 50 Best Restaurants, Gin Mare brought the flavours and scents of the Mediterranean to the cocktail reception before the gala, where there was huge expectation to see who would succeed Massimo Bottura and his Osteria Francescana as Best Restaurant in the world. Tim Butler and Buntanes Pop Direkrittikul, chef and mixologist of Eat Me, worked together to offer an oyster pairing that left the attendees speechless. In the sweet side, Fabrizio Fiorani, Asia’s best pastry chef, specially curated raspberry bonbons that were a match made in heaven to the cocktails crafted by Jon Lee, Singapore winner of Mediterranean Inspirations cocktail competition by Gin Mare.

The ceremony was marked by powerful and moving speeches, including the words of chef José Andrés, who received the American Express Icon Award for his work aimed at feeding those affected by natural disasters and the allegation of Daniela Soto-Innes – World’s Best Female chef 2019 in favour of reducing the stress in the kitchens. The highpoint came when Mirazur, a 3 Michelin stars restaurant located in the French Riviera was announced as Best Restaurant in the world after appearing as No.3 in 2018 and No.4 in 2017. The Danish Noma – Highest new entry Award 2019 and the Basque Asador Etxebarri completed the top 3 respectively.

The day before the gala, Gin Mare presented a four hands dinner at Spago by Wolfang Puck as part of the World’s 50 Best Restaurant festivities. The attendees enjoyed an exclusive menu by Chef de cuisine Greg Bess of Spago by Wolfgang Puck and executive chef Tim Butler of Eat Me enhanced with bespoke Gin Mare cocktails, a unique culinary experience to showcase the versatility of Gin Mare taste profile when it comes to food pairing.

Gin Mare was also present in the Chef Feast held in Sentosa Island, where attendees enjoyed a refreshing cocktail by the Singaporean mixologist Summer Chen that transported them to the Mediterranean. To complete the program, Gin Mare organised a bar takeover at the renowned Bread Street Kitchen with a selection of signature cocktails by mixologists Qing Ting Ha, Vojtech Bazant and Jon Lee.

The details of the 19th edition of The World’s 50 Best Restaurants have not been revealed yet, but Gin Mare will continue to support the global gastronomic community. 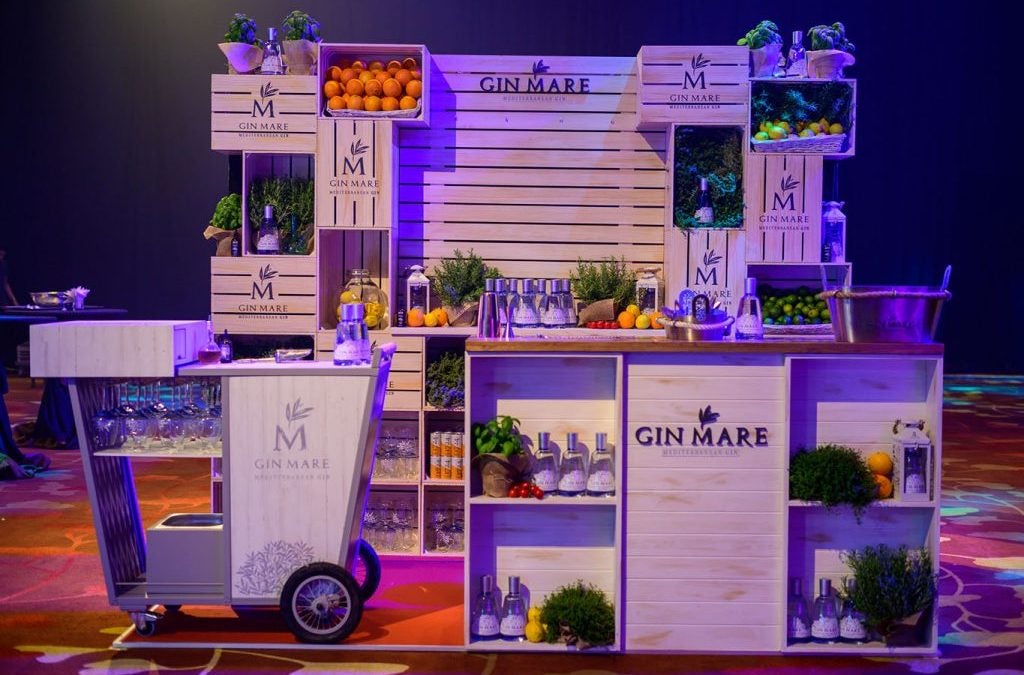 About Gin Mare
Gin Mare is the first Mediterranean Gin and a true representation of craftsmanship using experience passed through generations in its production processes whilst paying attention to every detail to assure a gin of the highest of quality.
Gin Mare is crafted with a blend of single distillates of each of its botanicals, including key Mediterranean botanicals such as rosemary, thyme, basil and Arbequina olive. This allows the master distiller to always deliver the same exceptional gin. Gin Mare starts with a premium barley base, combined with a delicate maceration of 36 to 48 hours and independent distillation process of each botanical, ﬁnalised by its signature blending which allows all the characteristics of each botanical to be expressed in the ﬁnal product. Our citrus are peeled by hand and then macerated for 12 months in small aluminium tanks.
Our distillery is located in an old ﬁshing village found between the Costa Brava and the Costa Dorada housing an 18th century chapel and our custom-made still. The Mediterranean is more than a place, it is an attitude.

This website uses its own and third-party cookies to improve its services and to obtain anonymous statistical data on with regards to use of the site. By continuing your visit to our site, you are expressly accepting the terms of the Cookie Policy.